Over the last few years, Rikers Prison has become notorious as a site of neglect and abuse when it comes to the treatment of its prisoners. On Saturday, September 24, 2016, hundreds of people took to the streets of Astoria demanding that this long history of mistreatment be ended, and that the prison be shut down for good.

Rikers Island, located on the East River between the Bronx and Queens, is there to detain offenders who are waiting for a trial. Whether they were not granted bail by a judge, or because they were unable to meet the bail that was set for them, the prison serves mostly as a holding cell for people who have not yet been convicted of a crime. In fact, 79 percent of the inmates at Rikers are awaiting a trial, which can sometimes take years to come.

That is just one of the many grievances expressed at the march in Astoria, and was brought to light through the fairly recent case of Kalief Browder. At the age of sixteen, Browder was arrested for allegedly stealing a man’s backpack. Although he relentlessly proclaimed his innocence, he was sent to Rikers to await his trial after his family could not afford to pay his three thousand dollar bail. Due to the number of cases that must be handled- in 2011 there were well over three thousand in the Bronx alone- court dates continuously got pushed back, and he ended up spending more than one thousand days in Rikers, with approximately two years worth of that time spent in solitary confinement.

As a juvenile, and without ever actually being convicted of any crime, he endured beatings from corrections officers, violence from the other inmates, and extreme isolation from his friends, family, and the outside world. The conditions he endured throughout his time there were so bad that he tried committing suicide five different times; the first attempt came after spending ten months in Rikers, locked in a twelve by seven foot cell for twenty three hours a day. In an interview with The New Yorker, Browder recalls his first attempt at taking his own life. As he tore his bed sheets into strips to form cables, officers stood outside his cell egging him on.

“You want to commit suicide? Go ahead. Jump. Go on. Jump.”

He was beaten by gang members, although he had no gang affiliations, and reported that officers would tackle him to the ground at random moments, where he would have no way of knowing what he had done wrong. During his nearly two years in solitary confinement, he would be allowed one six minute phone call a day- his way of holding on to small pieces of the outside world.

After serving all that time at Rikers, he was finally confronted with a choice. He could admit that he had stolen the backpack, and he would get off with time served, or he could wait for his trial and potentially face up to fifteen years in jail. He refused to say that he had committed a crime that he had nothing to do with, and chose to fight it. 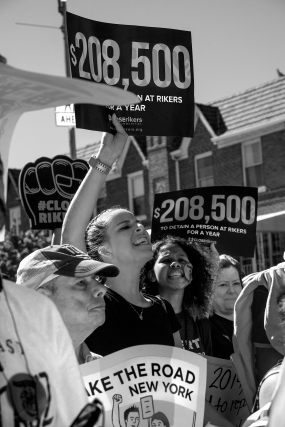 In one interview, he stated that confessing to a crime he didn’t commit would get him nowhere; it wouldn’t fix anything. The justice system has many flaws, and if he had just taken the deal and left with time served, the system would never change. Additionally, falsely confessing would have lead people to assume that his time spent at Rikers was deserved. He continued to fight it, and after spending three years of his life in prison, the charges against him were dropped and he was released, having never had a trial.

Although he was physically free from prison, he suffered many mental health issues in the years that followed his 2013 release. He enrolled in college, but eventually the depression and anxiety he suffered following his years at Rikers became unbearable, and in June 2015, he committed suicide in his Bronx home at the age of twenty-two. Just over a year later, his mother “died of a broken heart”, suffering complications from a heart attack caused by stress from her son’s situation, as well as the impending lawsuits they held against the city.

Kalief Browder’s situation was not an isolated event; the history of Rikers has always been a corrupt one. After multiple bills declaring that strip searches were not to be conducted on those being held on misdemeanor charges, there were still reports from incoming inmates that they would be forced to strip down to nothing while officers searched them in front of everyone. At times, this would happen in the short amount of time it took for a family member to show up with bail money.

There have also been multiple reports of officers picking fights with inmates while they were in the showers, where there is no surveillance footage, and no need to file any paperwork on the incident.

Inmates are constantly beaten by guards, and then told to go to their cell, not the medical wing, for if they saw a medic, reports would be filed stating that the inmate had attacked the officer.

This list of corruption is endless, dating back more than thirty years, and is exactly the kind of behavior that the protestors in Astoria are looking to put a stop to. Unfortunately, these protestors have a long road ahead of them. Payout after payout has been dished out by the prison as they continue to be confronted about their actions, yet very little has seemed to change in their behavior.

View all posts by artofprotestaop